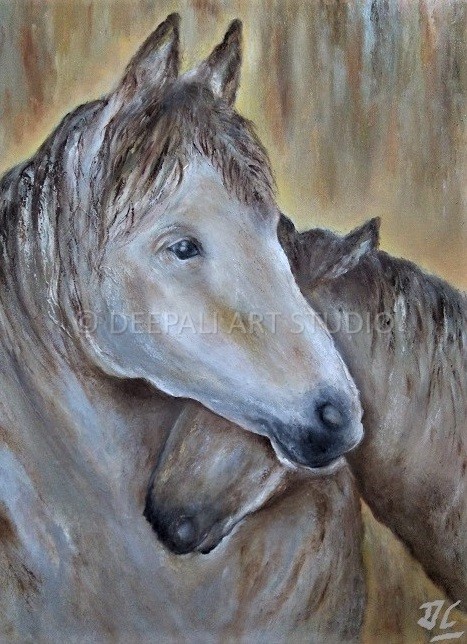 This is an interpretation of Jacob Berghoef’s magnificent post “Awaiting” of the mare-foal due whom we saw in shadows through his lens two weeks ago. They had followed him with their eyes and the little one had pressed herself firmly against her mother’s side, awaiting what was to come. Well…The adorable foal was lovingly cuddled and pacified by her mother afterwards; who probably told it that there was nothing to worry. They had only been photographed